Dr. Susan Love published an interview on Medscape last week on the “collateral damage” of breast cancer treatments as reported by 3200 actual patients and not their doctors. She noted that doctors and patients often view things differently. For doctors, a living patient is the major sign of successful treatment. They don’t want to hear about treatment side effects that they can’t treat and cure, she says.

The patients and survivors are also happy to be alive but their quality of life may be severely impaired by chemo brain, depression, anxiety, fatigue, neuropathy, and hot flashes. She calls this collateral damage rather than side effects as often these symptoms are permanent, not temporary. She doesn’t mention breasts disfigured through lumpectomy and radiation, having no. breasts at all through mastectomy, or having a bad or failed reconstruction job. Presumably, these are just the regular damage to be anticipated from breast cancer treatment.

The passages of her interview that really disturbed me the most were that chemo brain and neuropathy were forever. They don’t get better. You just get used to them and find your new normal. In other words, you stay numb and dumb forever. She could have added depression, anxiety, PTSD, and impaired body image to this list as they are often long lasting, sometimes forever.

I admit to being one of those who were told the “side effects” of chemotherapy (at least the second time around) and it was a blur of nightmare words and images ending with the ultimate side effect of death. Everything else was forgotten the moment it left the oncologist’s mouth. Thank God I took notes.

And no one told me just how bad a reconstruction job could be. So bad, that even oncologists and their nurses urged me to find a new plastic surgeon and get it fixed. I eventually did but after about 7 years, the implant inside the flap became encapsulated with scar tissue and is now a hard ball that juts off to the left of my body. My newest plastic surgeon is afraid to operate again for fear the whole reconstruction will collapse. So I walk around with a badly reconstructed left side and a right side that should have had the permanent implant put in it 3 years ago, dragging my feet about signing up for more surgery that will result in 2 mismatched breasts or even worse, 2 matching deformed breasts.

I had a male colleague at work whose wife had breast cancer shortly after I had my reconstruction revised. I even referred them to the plastic surgeon who performed the same back flap surgery with silicone implant that I had. I remember sitting in his office 2 years
after her surgery and listening to him complain how he could no longer make love to his wife as the surgery had left her “a hideous grotesque monster”. He was generally a very kind man and I think for a moment he forgot that I too had the same surgery. My smile froze on my face and I quietly left the room, stung to the core. It quickly put me in my place that no matter how much better the fake breast looked than before the revision, in some men’s eyes,
I would always look like a hideous grotesque monster. Yes, body image issues are forever after breast cancer.

I should note that he left his wife shortly after this conversation and is now remarried to a normal 2 breasted woman. From the Facebook groups I belong to, it seems many marriages end after a breast cancer diagnosis. So do many friendships. More collateral damage to add to the list?

I had dealt with chemo brain before way back in 1994 when it was a slang term that patients used but wasn’t really acknowledged by doctors as a true medical condition. I had short term memory loss and word problems way back then but I seemed to be back to normal 18 months post-chemo.

Ten years later, I woke up one morning with 2 fingers in my left hand permanently numb although I didn’t know it was permanent at the time. The neurologist couldn’t find anything with his shock tests so I was sent for a brain MRI.

All hell broke loose then when it showed that my brain seemed shrunken (now a recognized piece of collateral damage from chemotherapy) and was covered in white spots consistent with multiple sclerosis but in the wrong parts of the brain. I still spent 3 years at the ms clinic waiting for more symptoms or for my MRI to change. Finally, I was told it wasn’t ms and then spent the next 2 years seeing every medical expert in town for a cause for my numb fingers and unusual brain MRIs.

Someone suggested it could be a late arising radiation symptom. No one ever suggested it was from chemotherapy. I still don’t have a definitive answer but I truly believe the numbness and the weird brain MRIs are collateral damage from my first 2 cancer treatments, involving both radiation and chemotherapy. Given that the condition has remained permanent for the last 10 years, I suspect my neuropathy is forever. And no, I’ve never gotten used to it or found my “new normal” in dealing with it. It makes me angry and frustrated that these symptoms showed up years after active cancer treatment. What other long-term “gifts” does cancer have in store for me down the road?

I had chemotherapy again in 2011. Suddenly chemo brain was a real condition that oncologists talked about seriously. I don’t recall being told that it could be a permanent condition. For me, the chemo brain has in fact improved significantly but it still rears its ugly head in times of stress or fatigue (and sometimes for no discernable reason at all). It seems to have stabalized about a year ago and I always assumed it would keep getting better as time went by.

But now reading that chemo brain can be forever, I am left wondering if this is as good as it gets. Will I always be plagued with a brain and tongue that don’t connect or a brain that has much poorer short term
memory than it did before the second chemo? Some women have written in the comments to this blog that they suffer from radiation brain with the same symptoms as chemo brain. God help me if this is true, as I have been radiated twice along with my 2 bouts of chemotherapy. My brain must be the size of a peanut by now, covered with even more white spots and less grey matter. 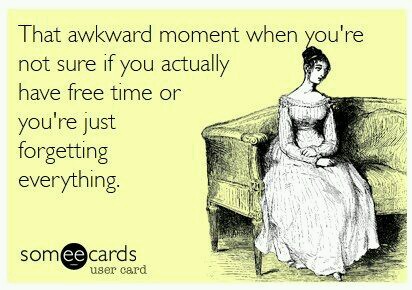 Posted from WordPress for Android

Travel Off Path with Trevor and Kashlee

A Progressive Christian's Blog on Faith, Culture, Doubt, and Secularism

gringa musings from a rooftop terrace in Oaxaca

An eclectic gumbo bowl of spirituality, humor, culture and missions

Spicy adventures across Asia & the World

Fact, Fiction and Opinion Stirred in an Odd Pot

Exploring the world, one city at a time

Chronic Pain with a Higher Perspective

Don’t give up. There can be hope in the midst of chronic pain. Create a new chronic pain perspective.

Personalized vacations, one trip at a time.

The art of becoming a beach bum